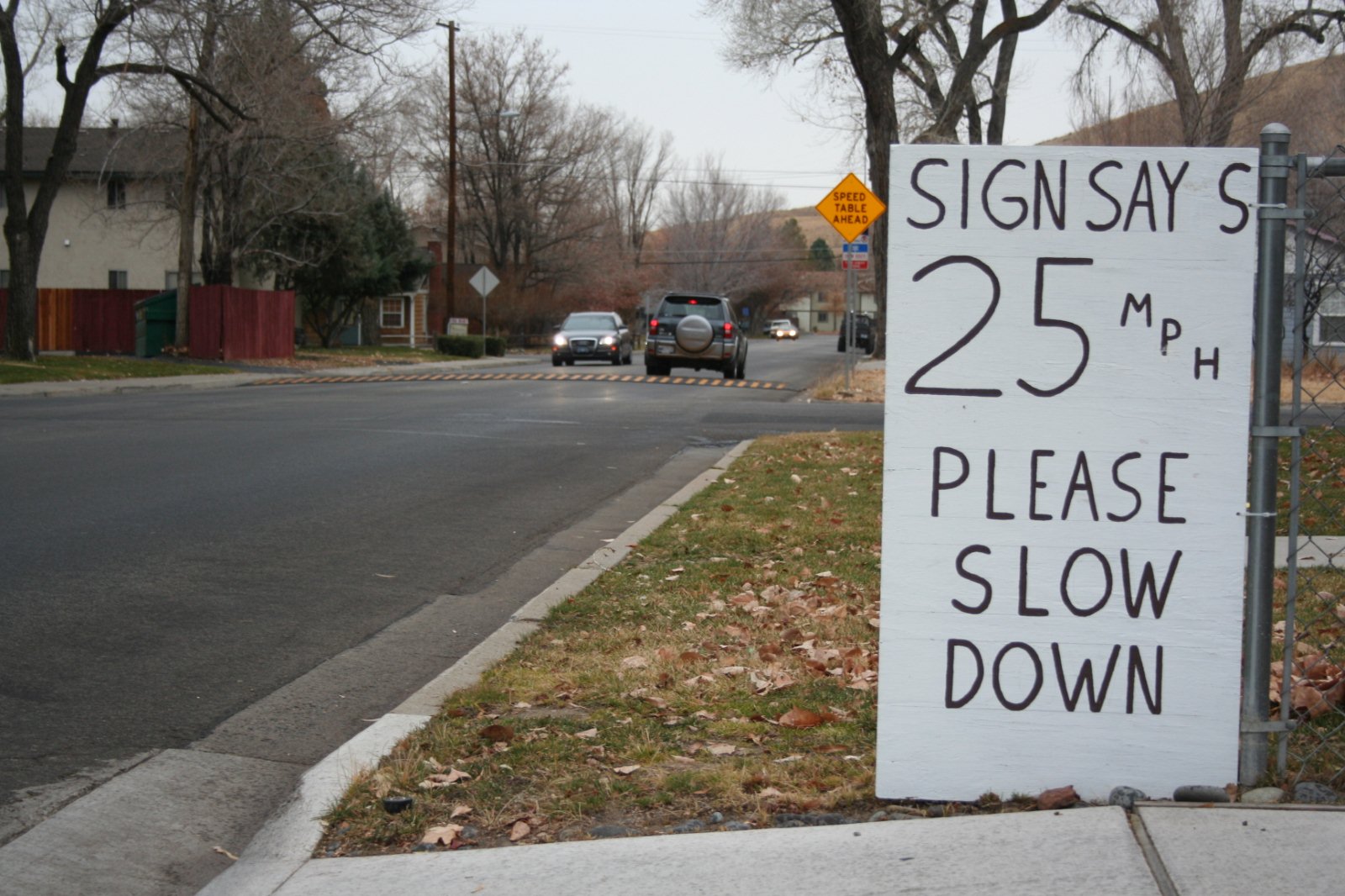 The residents of South Division Street have been upset for quite some time about people speeding down their street. Division is just about the closest thing the West Side has to a north-south thoroughfare, stretching from Winnie on the north all the way to Tenth street on the south, broken up only by about three or four stop signs. So people sometimes use it to bypass the traffic on Carson Street, and as such they tend to travel much faster than the posted 25 MPH limit.

The residents finally got the city’s attention a couple of months ago, and the city budgeted some money to look into the speeding problems on Division and other streets. One thing they did was step up enforcement, with more patrol cars clocking people on the street. And one of the other reported options was to put a speed bump on Division Street. They finally did that this week, installing a speed bump near the corner of Division and Seventh. Coincidentally right next to the house that has posted the sign above. 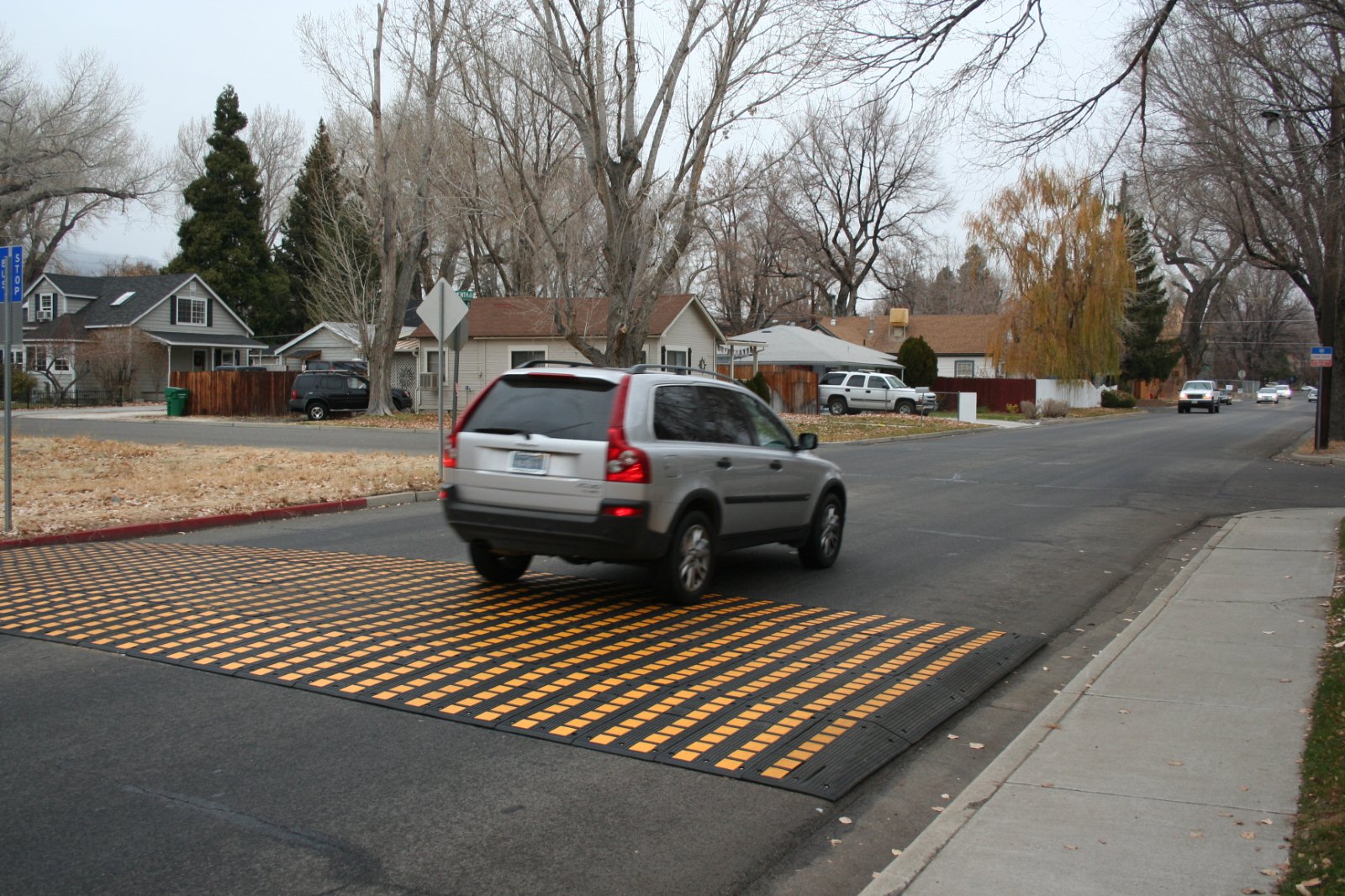 The speed bump looks like a temporary arrangement. It’s not made out of asphalt or concrete or anything, it’s just a rubber mat that’s been bolted down to the pavement. Sturdy enough to put up with the daily traffic along the road, but easily removed if the city decides it’s not working. Probably they’re just trying out the concept of putting speed bumps in certain areas of town. The Appeal article said this would be the first speed bump on any city street. So I’m sure they’ll have a sharp eye on Division to see if the speed bump has any impact on traffic, or if people just mostly ignore it. They’ll also have to watch out when it snows, because I can’t imagine the snow plows having an easy time with this installation. If it turns out to be effective, look for it to come to other streets around town soon. 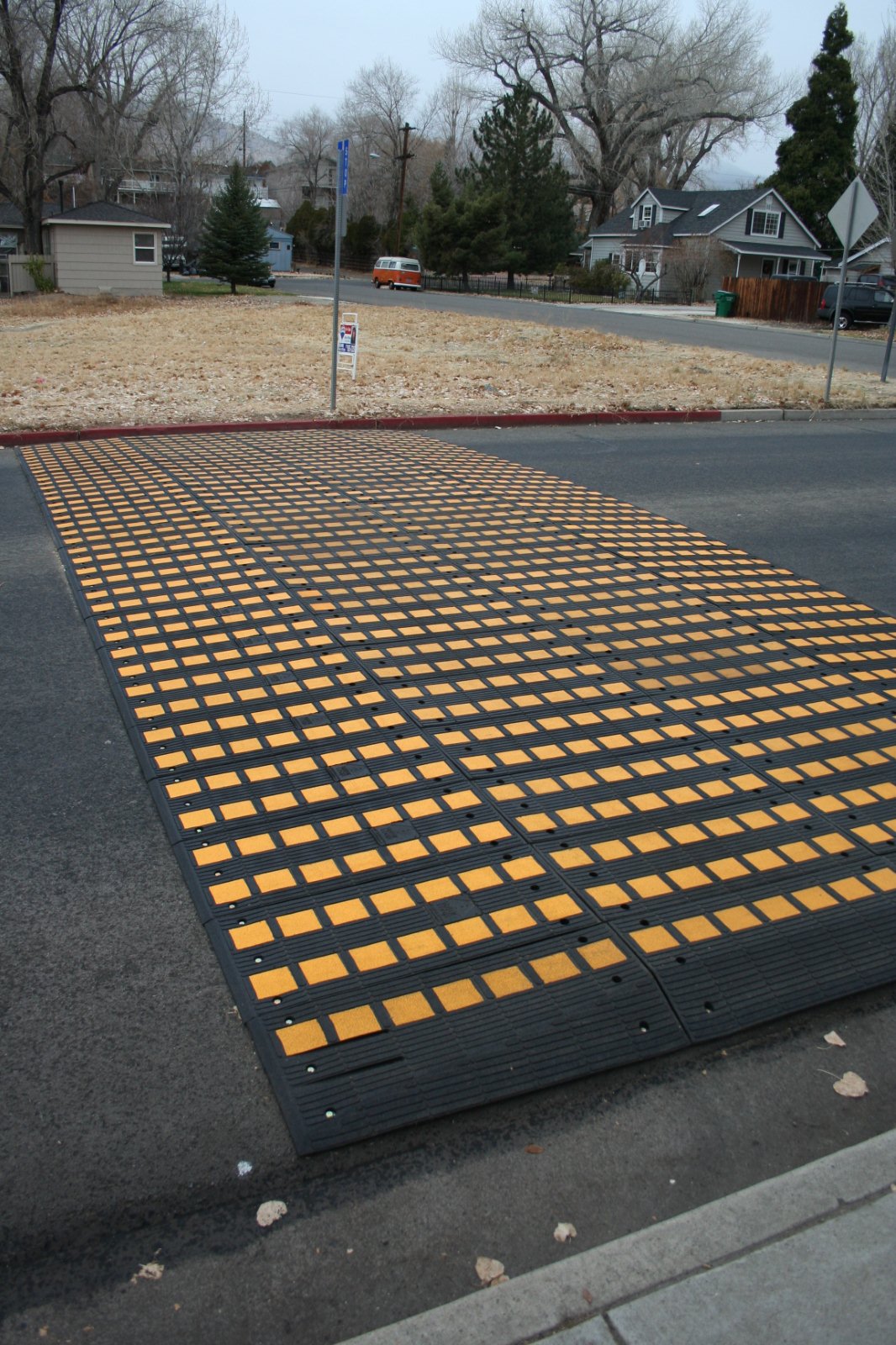 On closer inspection of the first photo, this is actually called a “speed table”. Sorry.