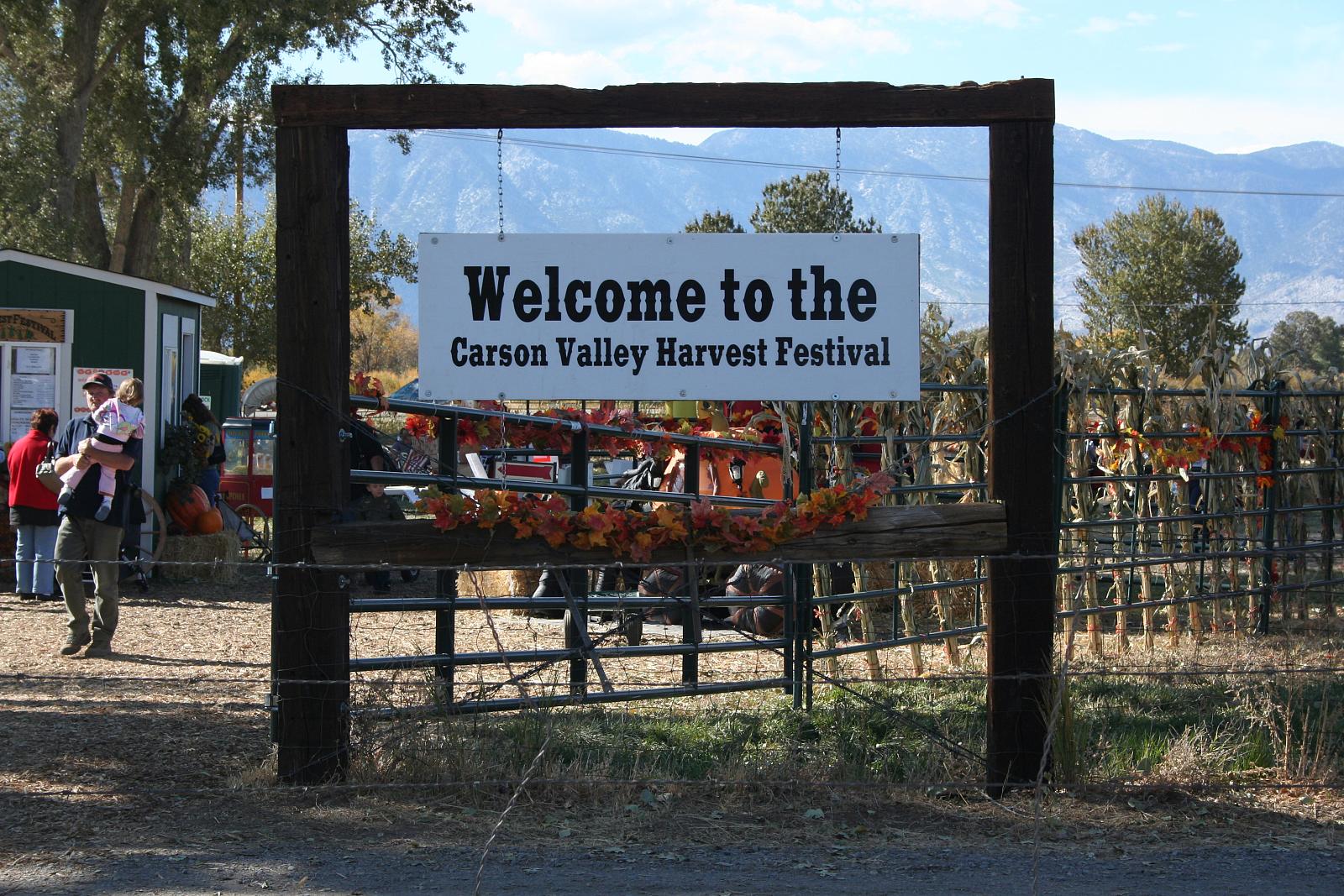 Last weekend we headed down to the Corley Ranch south of Gardnerville to go to the Carson Valley Harvest Festival. Much more than just a pumpkin patch, the Corley family transforms their farm into a public park every October. For a small fee, families can have the run of the place and partake in a number of autumn amusements, such as a corn maze, petting zoo, pony rides, wagon rides, food, drink, and music. There is a large pumpkin patch where you can search for the perfect gourd to take home. There are wooden cows and horses set up where young cowboys can practice roping cattle. The pig races take place every two hours. For the really little ones, there is a bounce house and a hay bale maze to keep them occupied while the bigger kids are getting lost in the corn. All together we spent over two hours there, and we had to drag the kids back to the car when it was time to go. 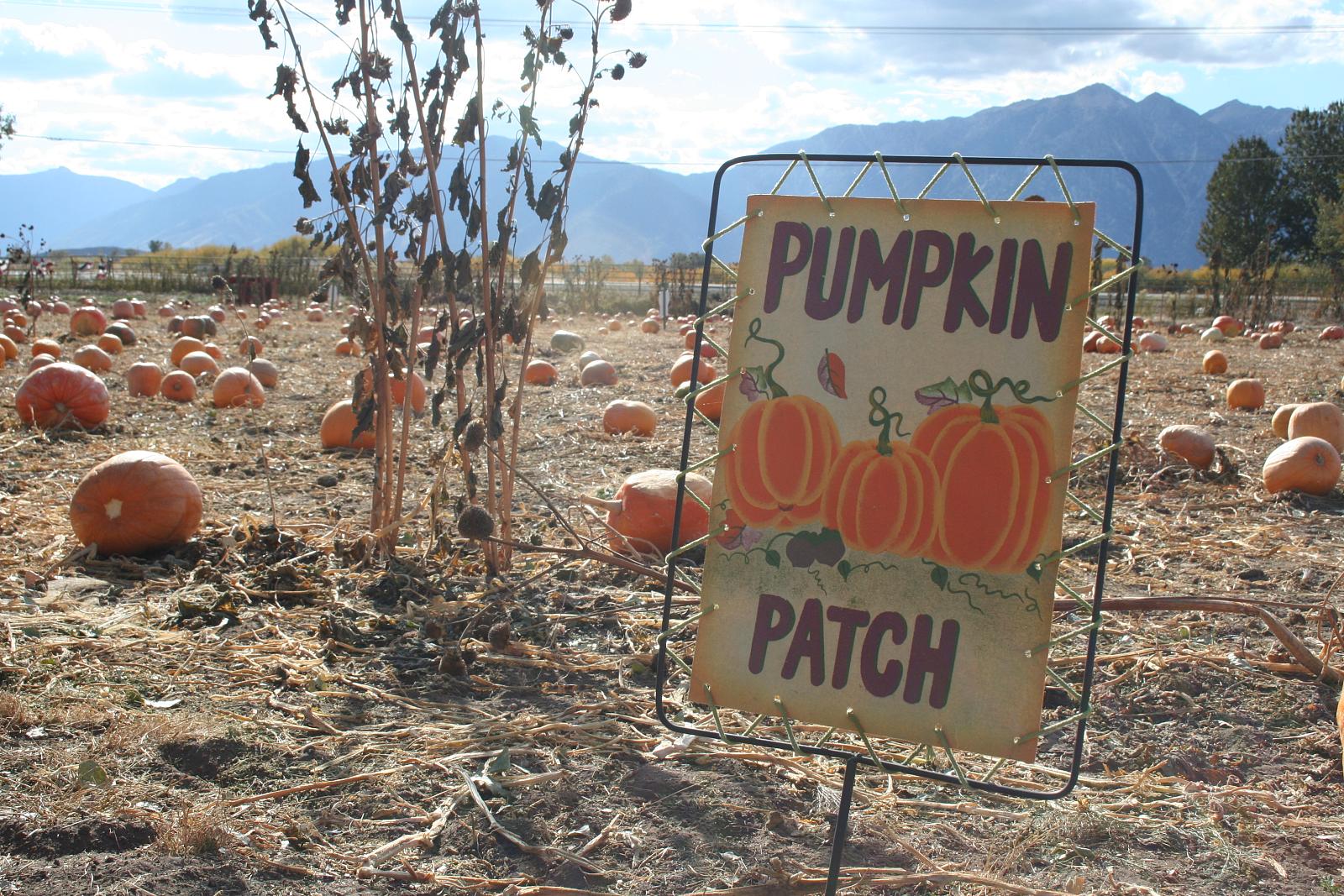 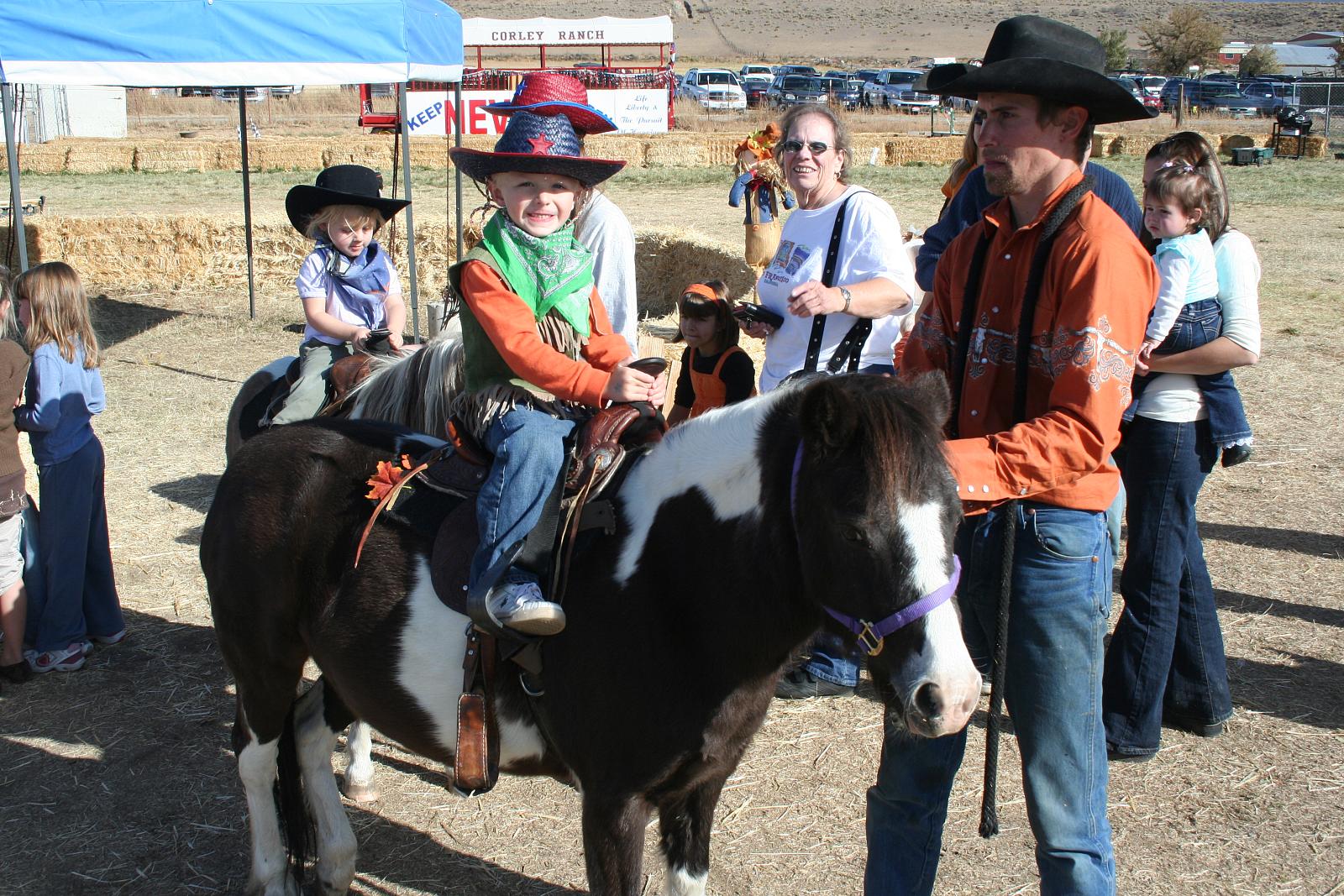 This is one of the advantages to living in an agricultural area, things like this. A couple of weeks ago we were in Las Vegas and we went to a pumpkin patch, It was held in a parking lot, with hay sprinkled down to walk on, and all the pumpkins were from out of state. At the Corley Ranch, it’s a real actual farm, with three generations of Corleys manning the festivities. The land the ranch sits on was originally part of the Dangberg holdings, and has been a ranch for 140 years. The pumpkin patch you search through is actually where the pumpkins were grown, and as you’re walking you’re tripping over roots and leaves. You’re also stepping on the rotted remains of the pumpkins that didn’t make it, and even some of the pumpkins that look fine from the front are a little brown and gooey in the back. The animals you meet were born and raised on the ranch. The bunnies and goats were even for sale! 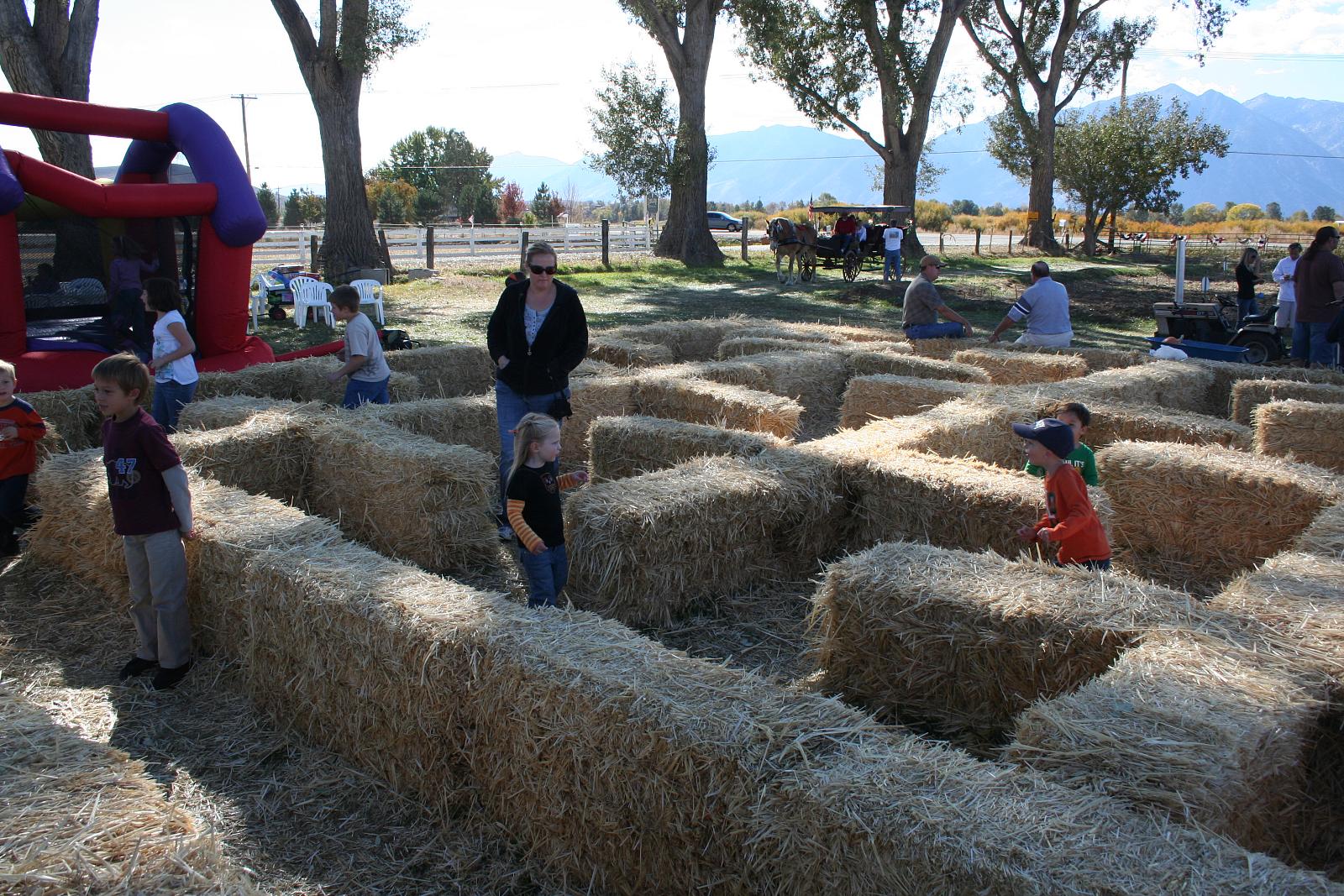 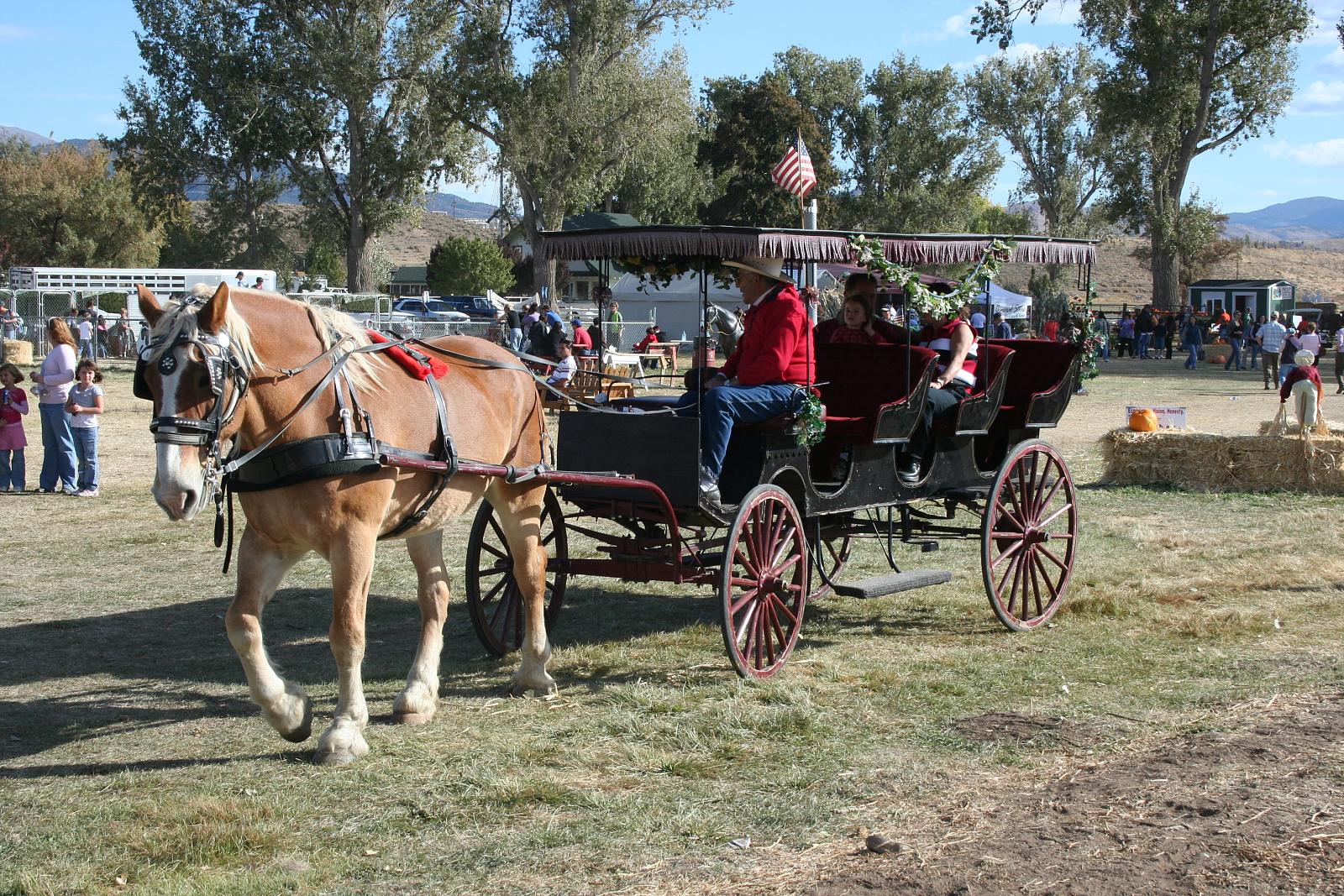 There have been stories about the Corley Ranch in the Douglas Times and Nevada Appeal. Another family also wrote a trip report about the festival, and I’ve written about the ranch on this site before, two years ago. There is one more weekend left for the Harvest Festival, so if you want to go you need to get down there this Saturday or Sunday, October 25th and 26th. The ranch is open from 11 to 5, then after dark on Saturday they open the corn maze for the “Night Crawler Maze Event.” 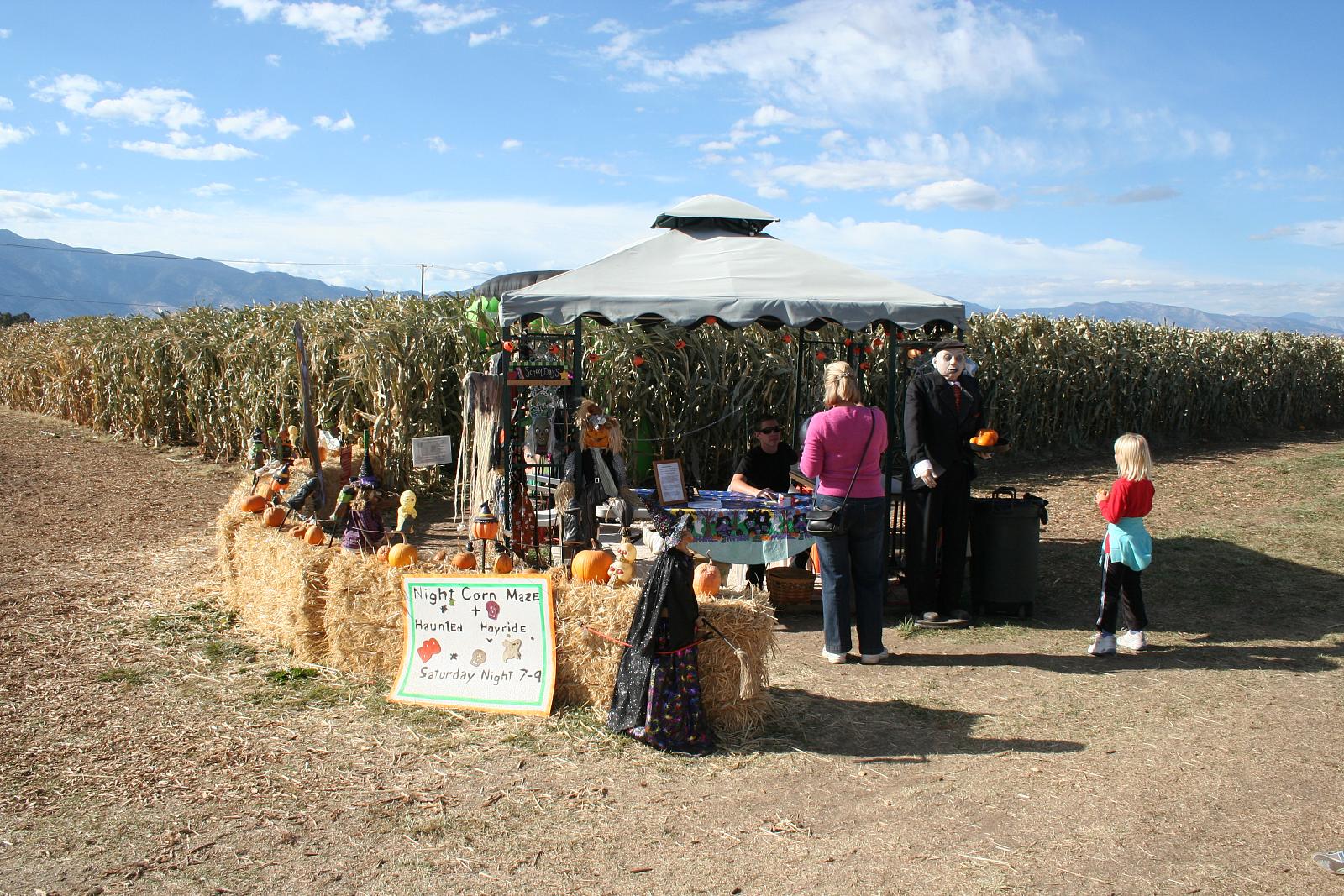 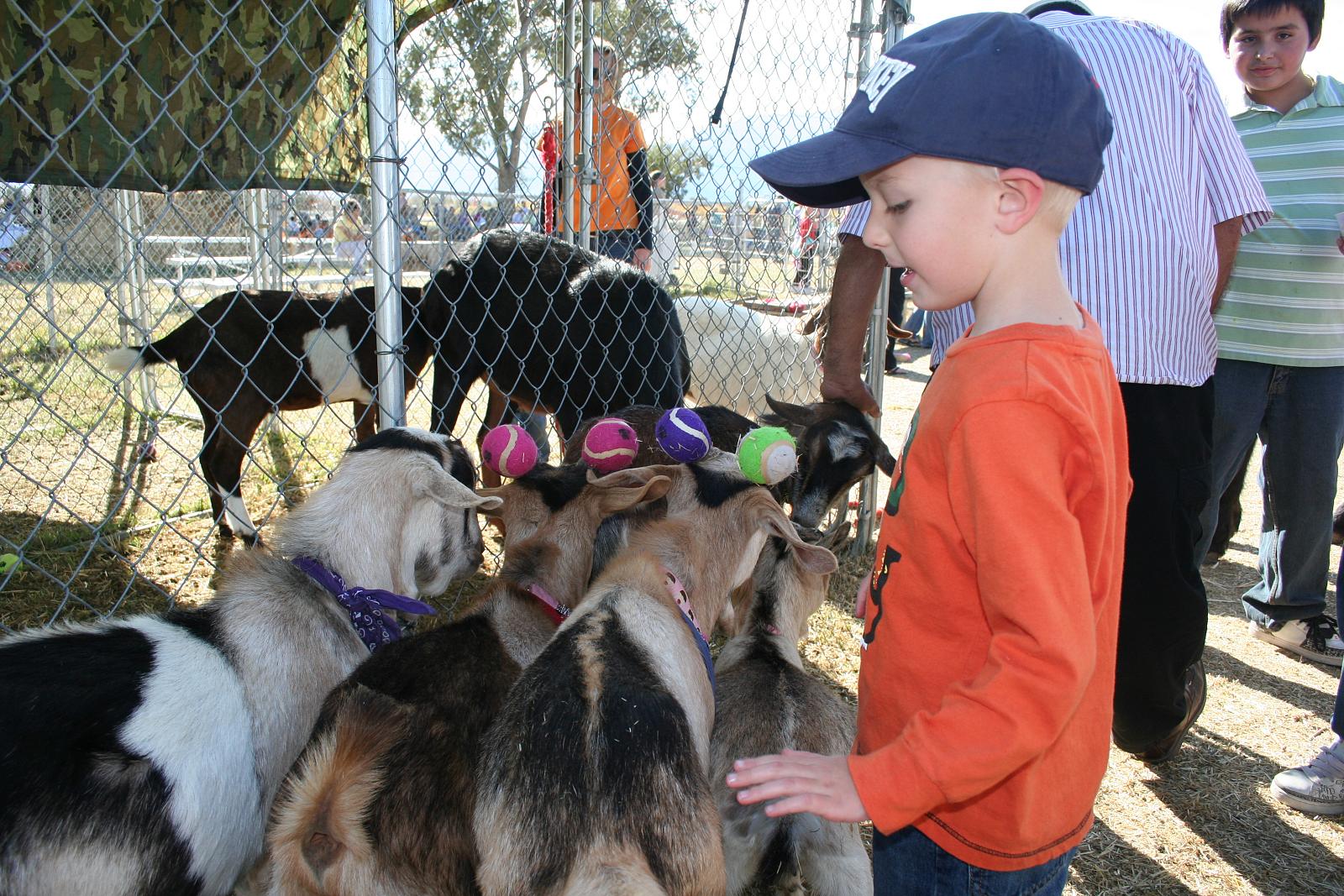 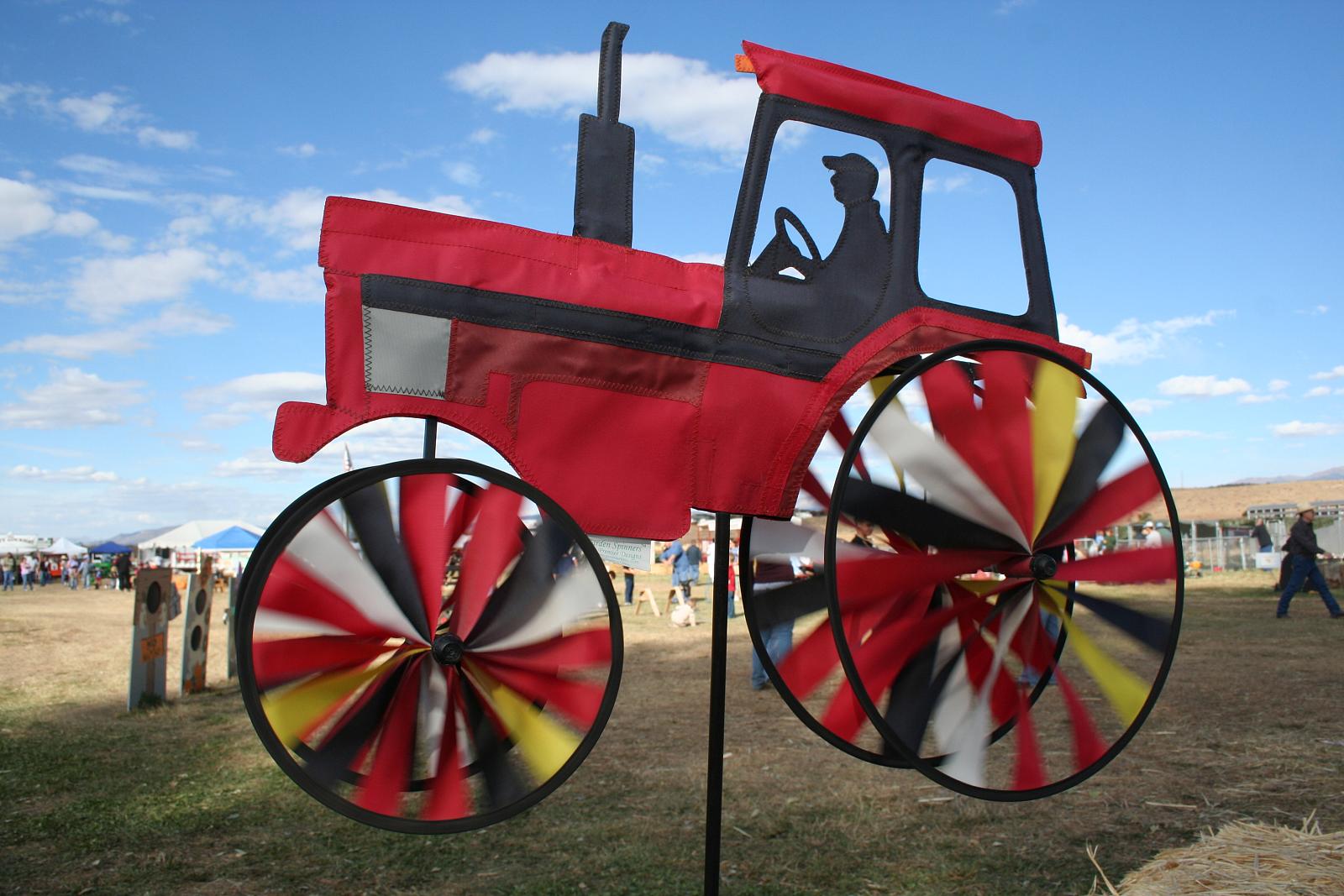 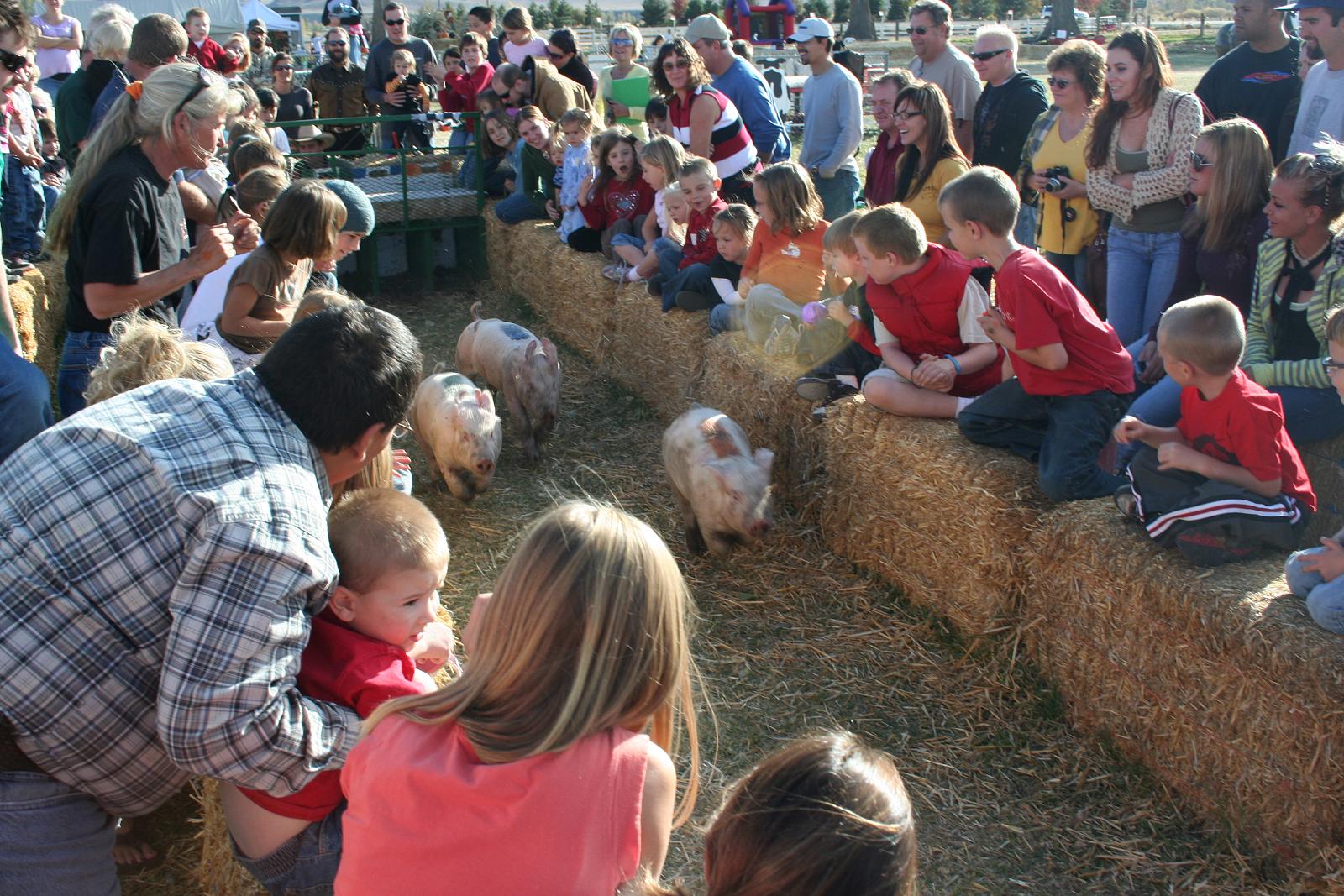 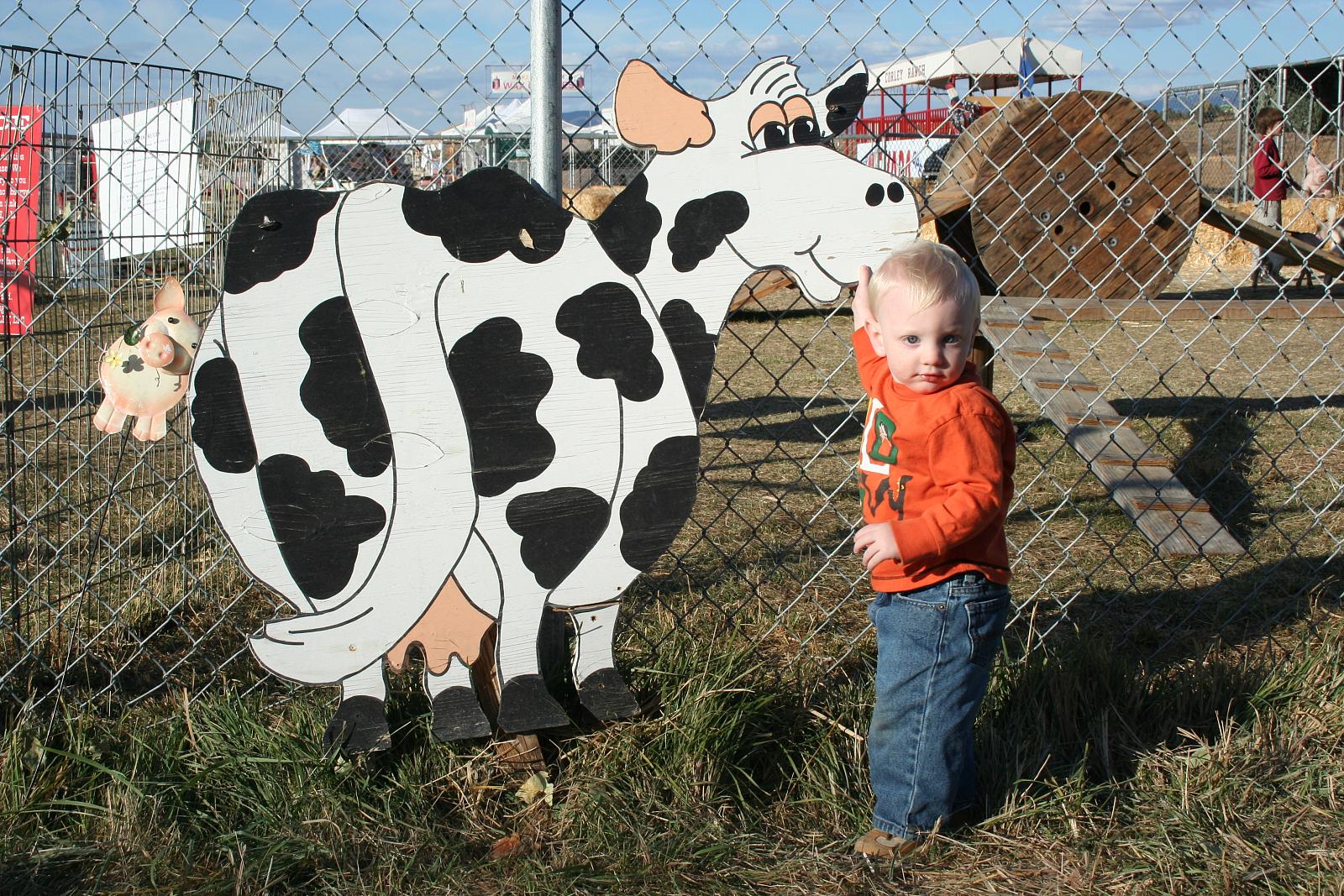 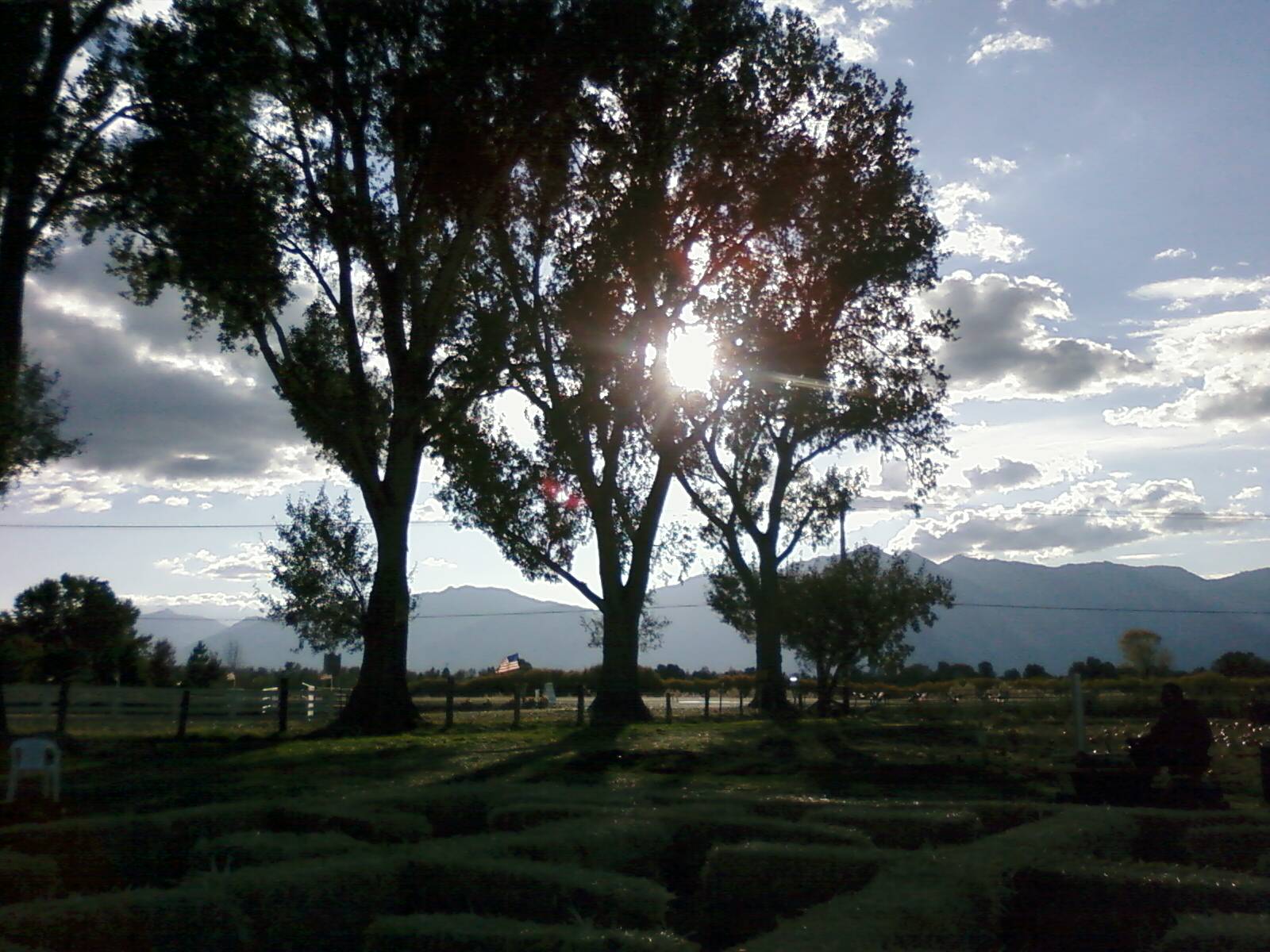