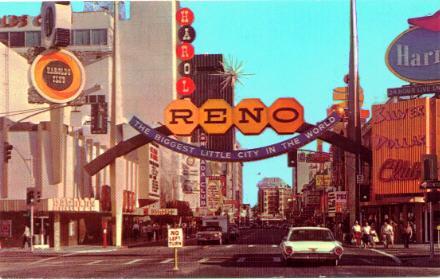 Did you have any idea that the second Reno arch, the one that stood over Virginia Street from 1964 to 1987 (pictured above) was moved to a another town and transformed into their official town arch? I had no idea until I read this article by Guy Rocha, all about town slogans and welcoming arches.

The arch with the octagon letters was removed in 1987 to make way for the third arch, which is still there today. At one point in time the old arch could be seen sitting in a boneyard near the Reno Hilton; the orange and yellow letters were easily visible from the freeway. But then it disappeared, and I never knew what happened to it.

What happened was that in 1995 the arch was moved to Willits California, near the coast in Redwood country. It was affixed with the Willits name and the slogan “Gateway to the Redwoods”, and there it has sat spanning Hwy 101 for twelve years now. 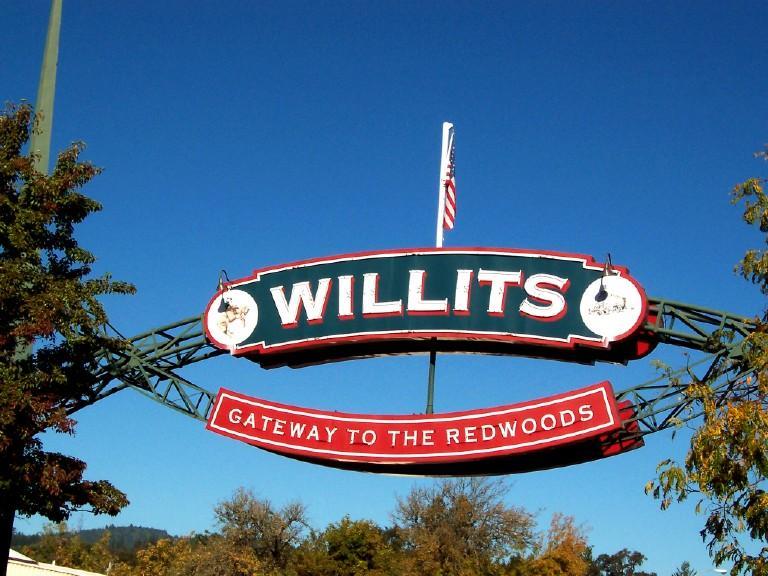 Just another Nevada artifact that’s gotten away from us.