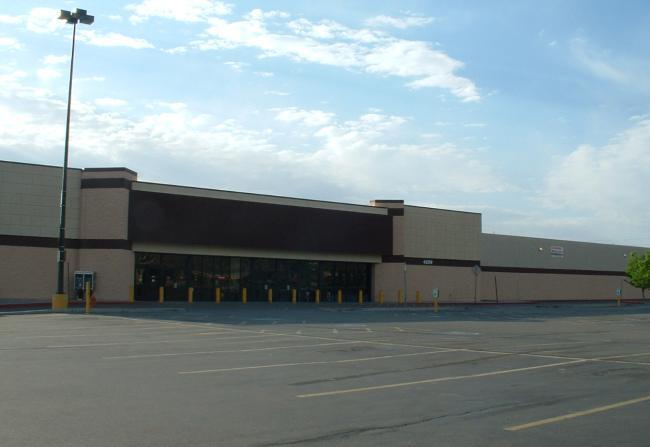 I didn’t see this one coming. We’ve known for a while that the old Wal*Mart building in Carson City was going to be remodeled to make room for a Burlington Coat Factory and Sportsman’s Warehouse. And I posted pictures last month of the work they had done already, building a dividing wall to split the old cavernous building into two slightly less cavernous spaces. I thought the north space would be for Burlington, and the south space would be for Sportsman’s Warehouse. It looks like I was half right. 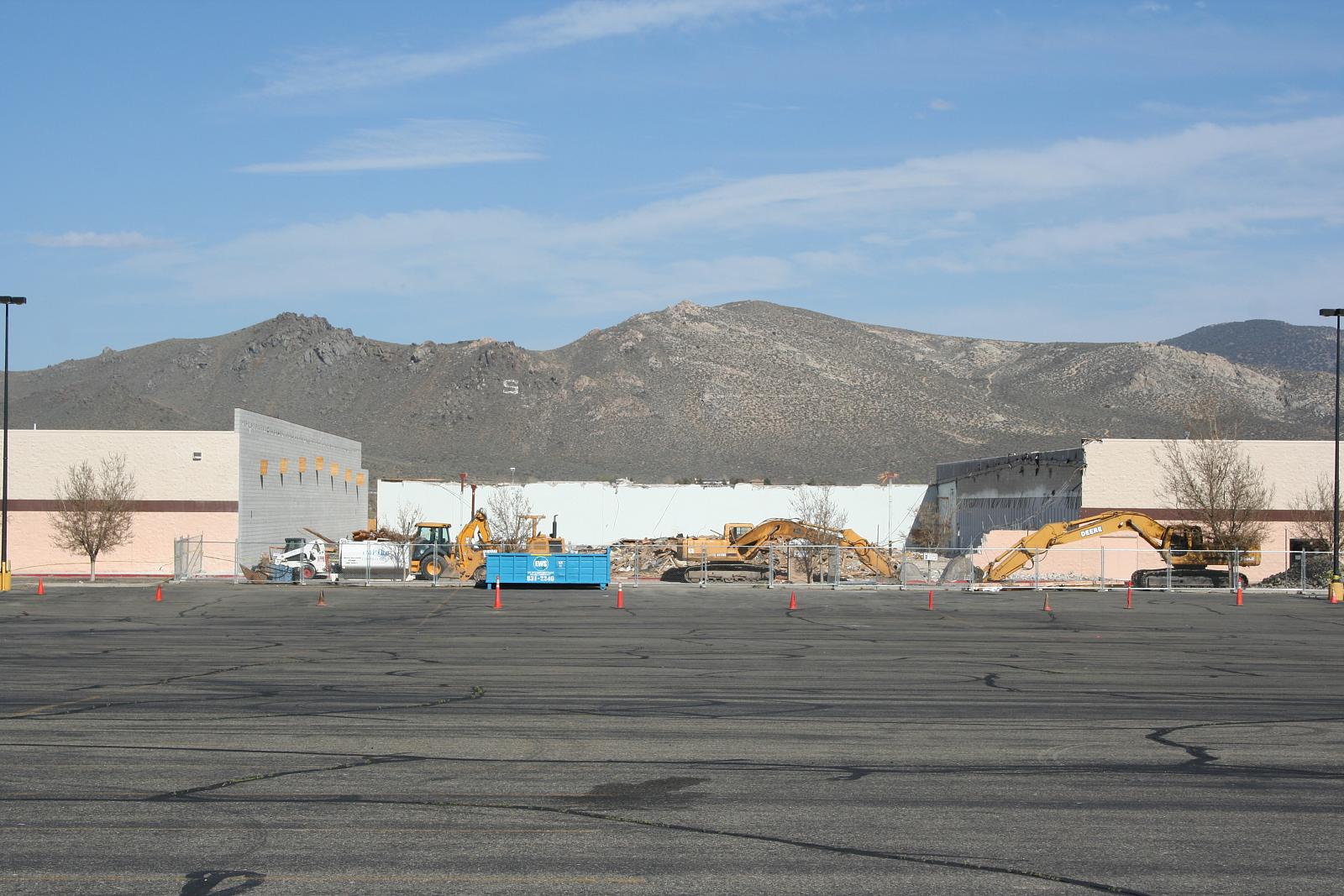 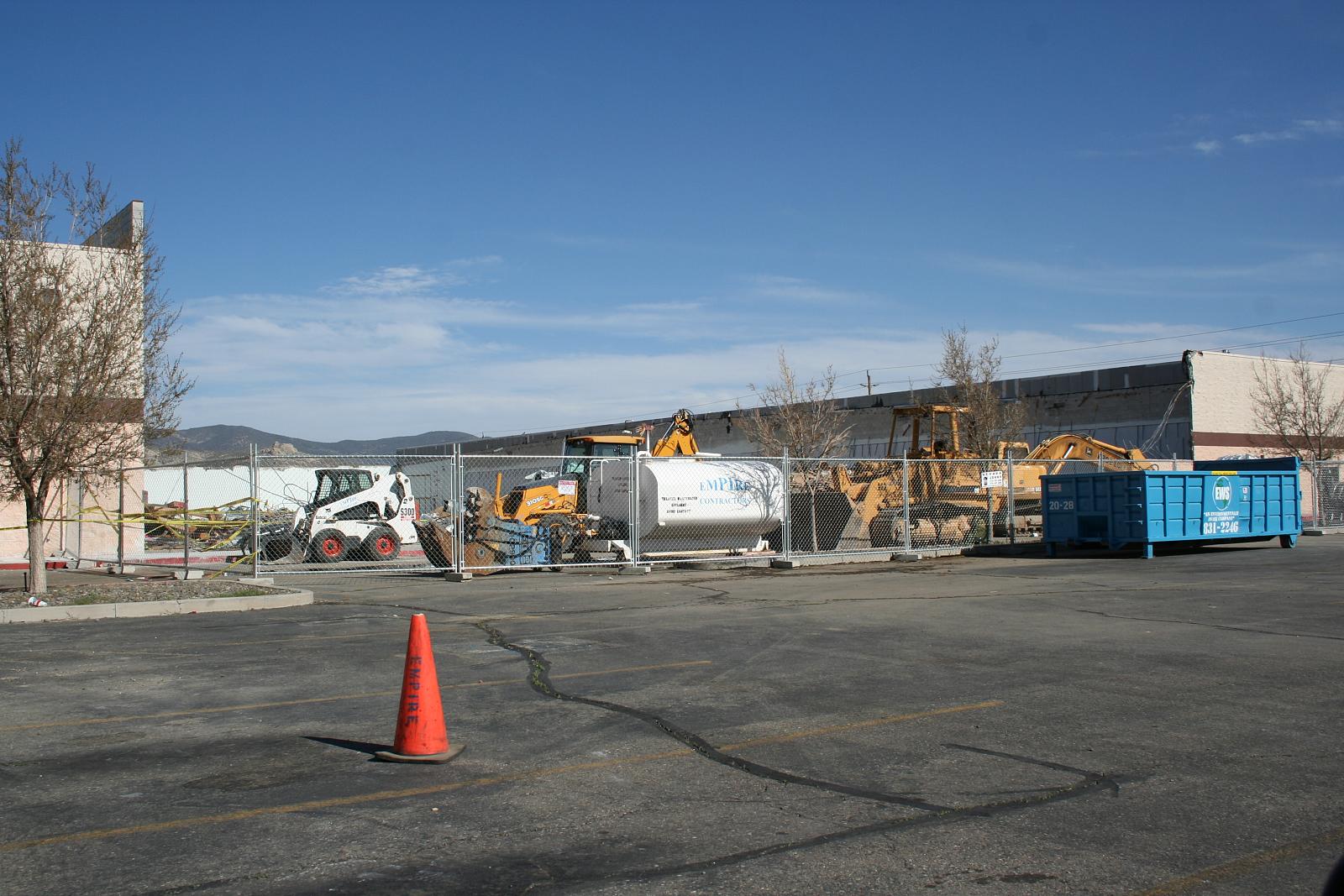 The south half of the building is actually being demolished so that Sportsman’s Warehouse can build a new structure. I didn’t see this coming at all. The north half is being retained and converted to Burlington, but the south half is going bye-bye, and going fast. 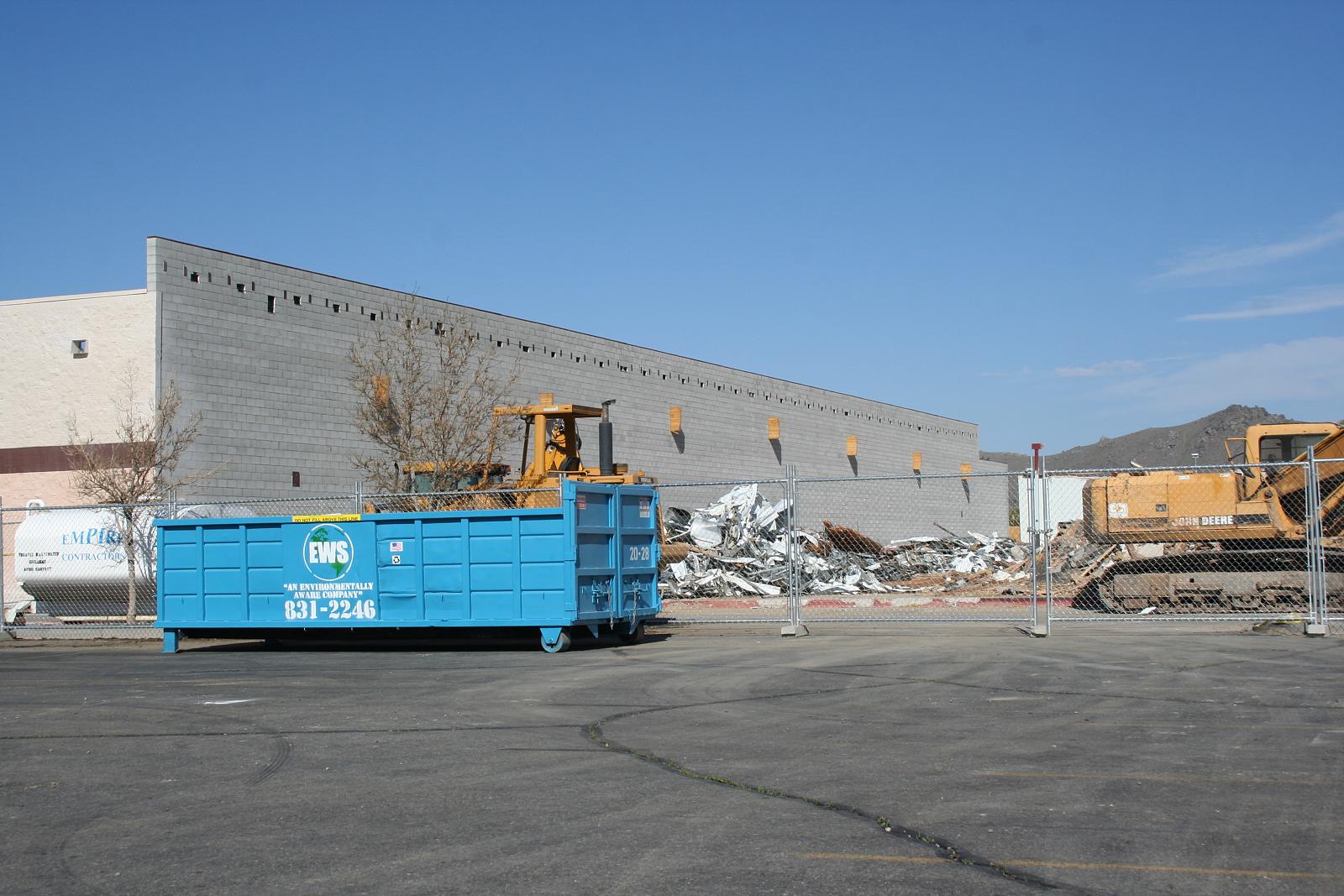 The new wall they built is now an exterior wall. 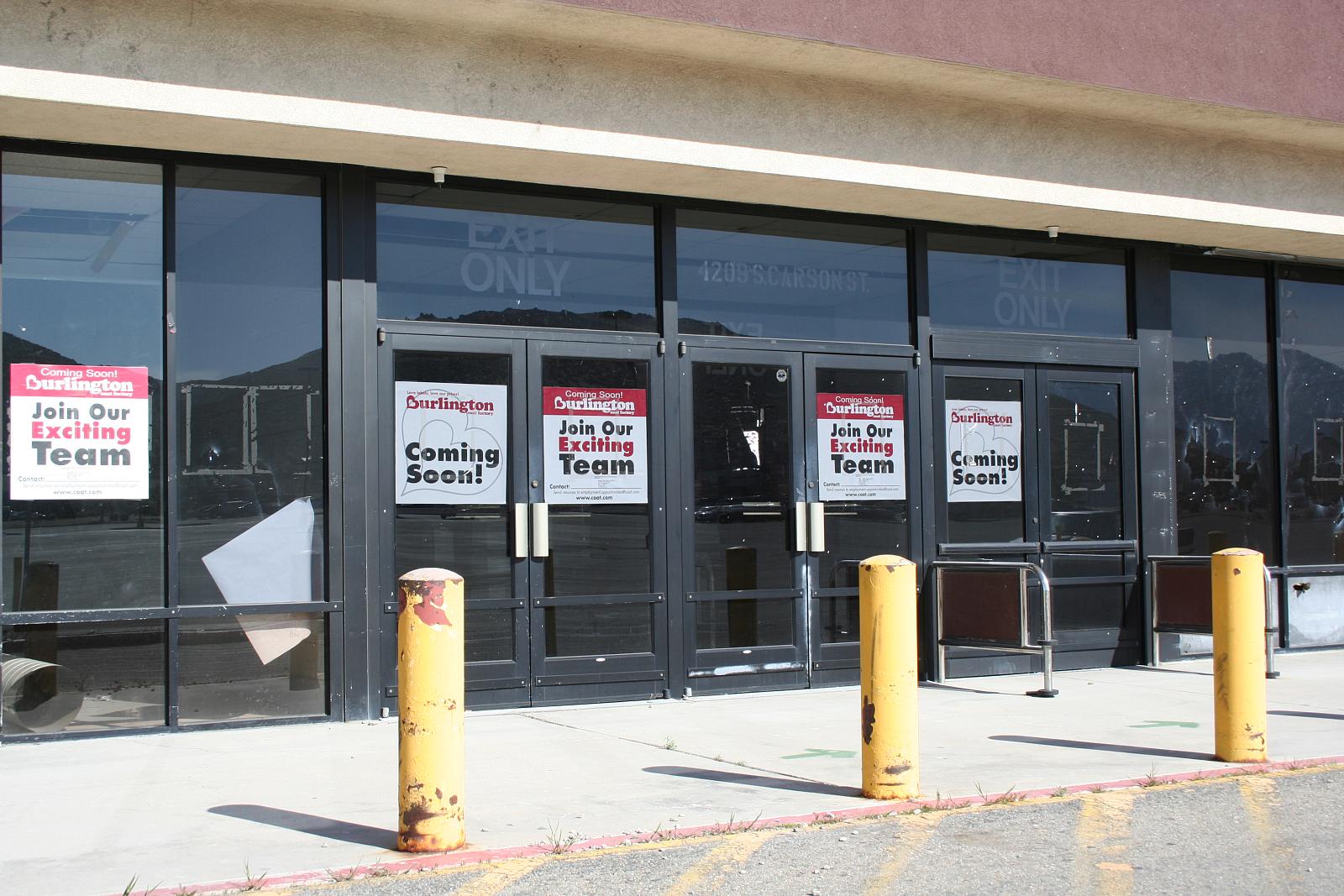 This is the most action this site has seen since 2002, when the new Carson Valley Wal*Mart opened and this building was vacated. It was bought almost immediately by Max Baer Jr., to convert into the Beverly Hillbillies Casino, but a dispute with JC Penney and the shopping center owners prevented that from happening. He finally sold the building last year (and made a $4 million profit) and now, finally, after six years, something is happening. 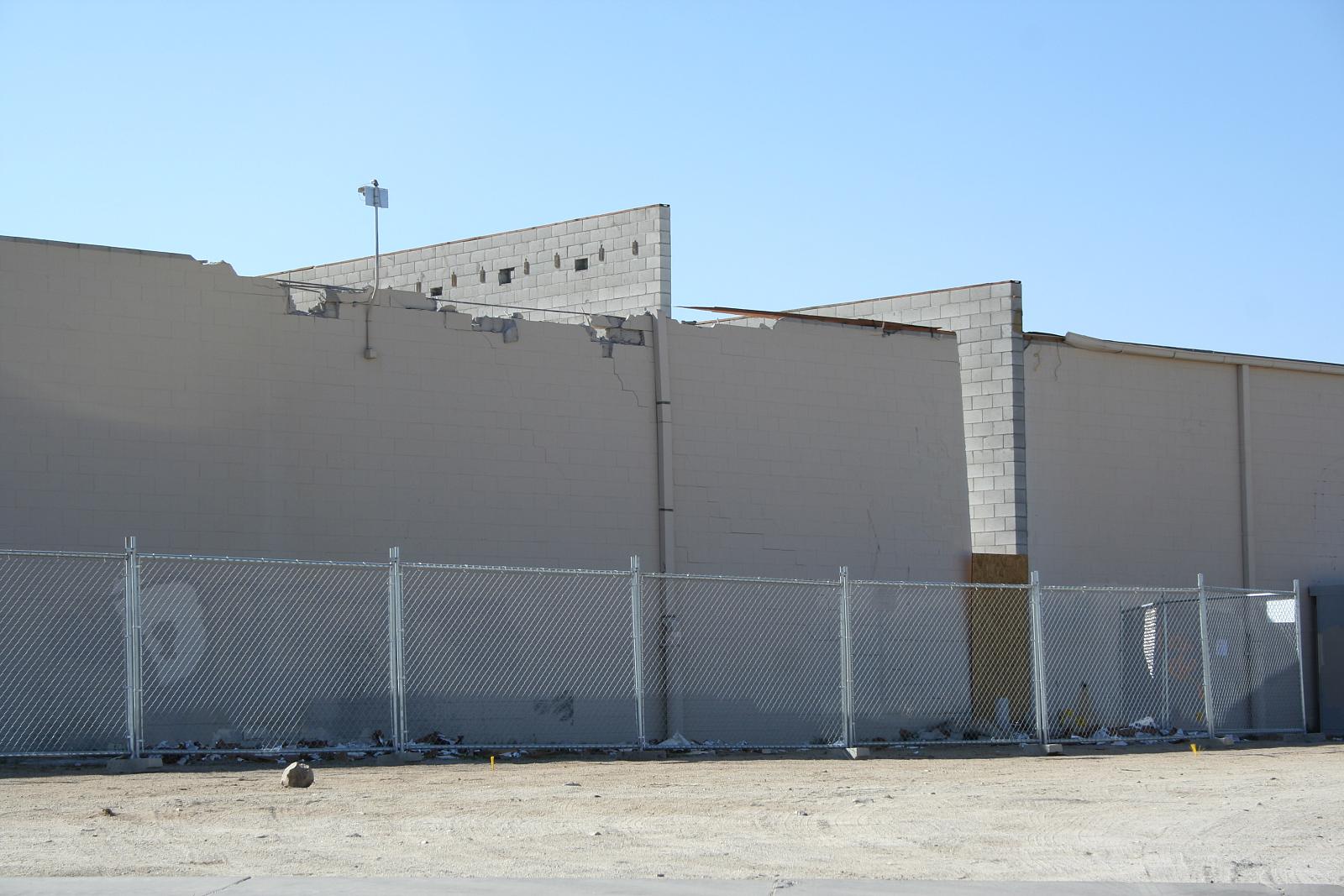 The back wall is still standing…for the moment.

So this is the reason that the Sportsman’s Warehouse isn’t going to open until a year from now, while Burlington is supposed to be opening in late summer. It takes a long time to build from scratch.

And remember, all this construction is being paid for with your tax dollars, Carson City, so enjoy!